Since the enlargement of the European Union in 2013, the geographic center of the EU is just about 40 kilometers east of Frankfurt. This makes the city interesting for many global companies and institutions like the Deutsche Bundebank, Commerzbank and the European Central Bank, that serves as the headquarter of the European System of Central Banks. Due to this the Frankfurt Stock Exchange and Frankfurt Airport belong to the biggest of their kinds in the world.

If you want to explore an exceptional city in the heart of Germany, which is not just financially, but also culturally attractive, then …

When to visit Frankfurt

The history of Frankfurt dates back to the Roman Empire, when it was a Roman settlement, probably in the first century.

Today it is assumed that one of the boroughs has been a Roman civitas capital. Frankfurt is also a centre for commerce, culture, education, tourism and web traffic and features impressive architectural highlights. Messe Frankfurt is one of the world’s largest trade fairs at 578,000 square metres and ten exhibition halls. Major trade fairs include the Frankfurt Motor Show (IAA) and the Frankfurt Book Fair, both being the largest of its kind in the world. Frankfurt is also home to many cultural and educational institutions including the Johann Wolfgang Goethe University and Frankfurt University of Applied Sciences, many museums and two major botanical gardens, the Palmengarten, which is Germany’s largest, and the Botanical Garden of the Goethe University.

Residents of the countries listed below won’t need a tourist visa:

Please note that the visa requirements can change without prior notice.

DMC Frankfurt can arrange tourist visas for you.

As Germany is part of the European Union, the currency of Germany is the Euro. All mayor credit and debit cards are widely accepted.

German is the official language, but English is widely spoken and understood.

The Rheingau area around Wiesbaden is famous for its Riesling wine which is produced everywhere in the rich wine area. It offers an ideal environment for the Riesling to grow. The slopes of the Rheingau are perfectly located to the south and therefore blessed with lots of hours of sunshine a year. On the other side, the Taunus Mountains protect the vineyards against the cold and also heavy rainfalls. The vineyards with their affiliated restaurants offer just as much variety for tourist activities as the countryside, which is perfect for hiking, cycling or camping. Especially the Kloster Eberbach – a former Cistercian monastery – is worth a visit. It is Hessen’s most important medieval complex and its interiors date back to the Middle Ages. Wine has been produced here for more than 850 years and wine auctions, tastings, and seminars are held on a regular basis. With an extensive renovation and a new “Vinothek” in 2009 it has become even more beautiful and an attractive place for both private and business meetings. 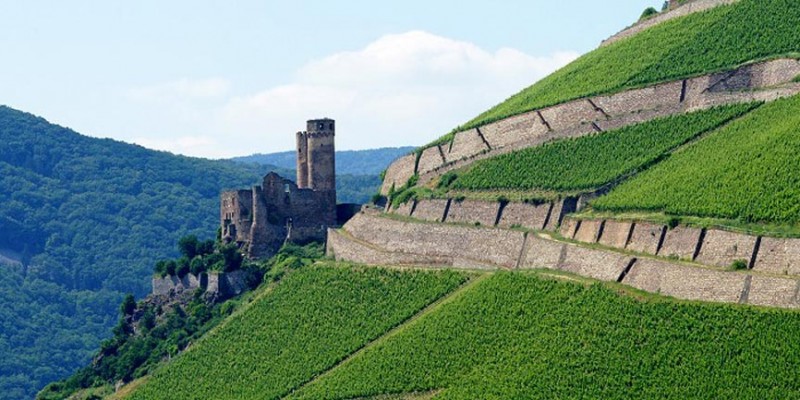 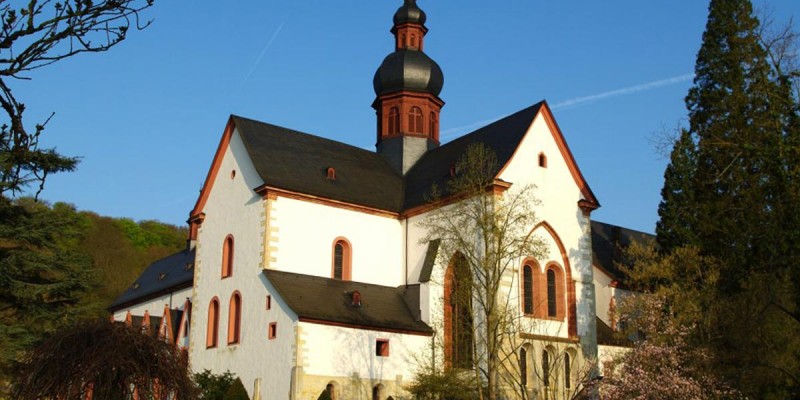 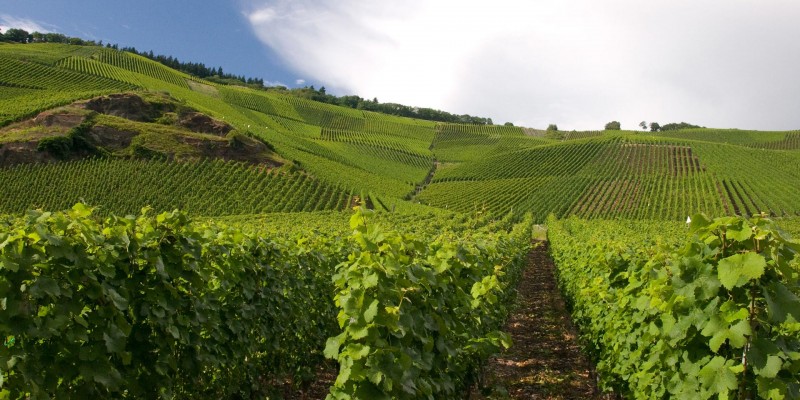 Wiesbaden is the capital of the federal state of Hesse and ranks among the ten wealthiest cities in Germany. It is one oft he oldest spa towns in Europe with fourteen springs still flowing today. It’s also internationally famous for its classic architectural buildings and soft climate, also called the “Nice of the North“. Throughout the year the city hosts a series of Festivals (like the Rheingau Wine Festival), that attracts visitors from all over the world. One of Wiesbaden’s most famous buildings – the Kurhaus – houses the city’s convention center, a dining restaurant and the Casino Wiesbaden. Unverified stories say, that the Kurhaus was Fyodor Dostoyevsky’s inspiration for his novel “The Gambler“, after he had squandered his travelling fund in the casino. 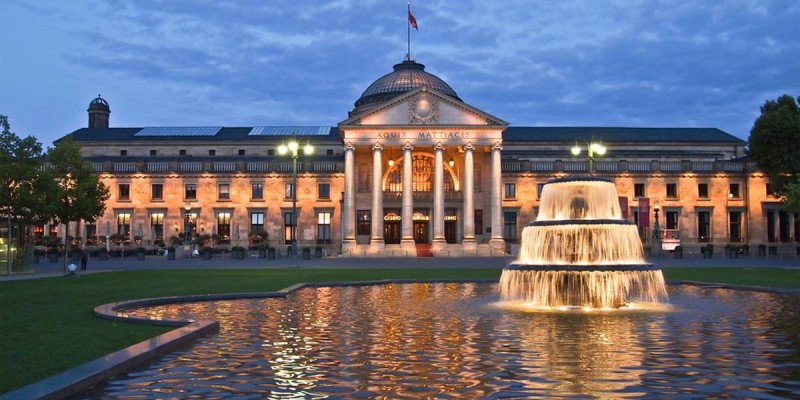 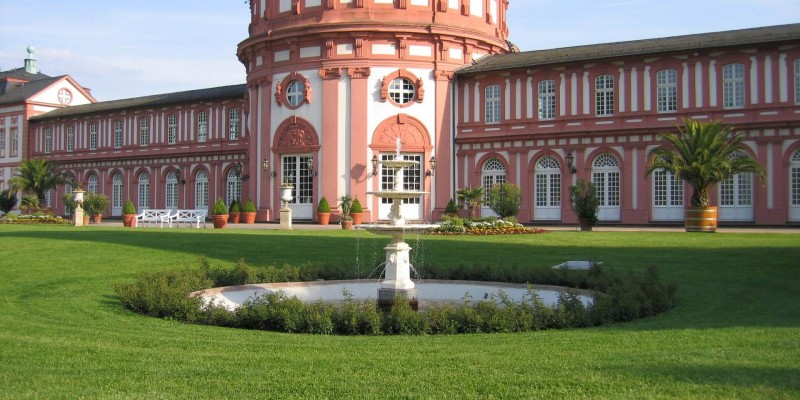